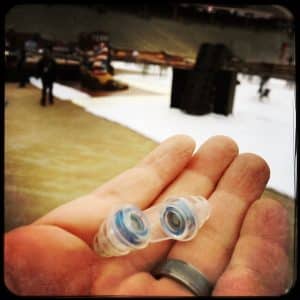 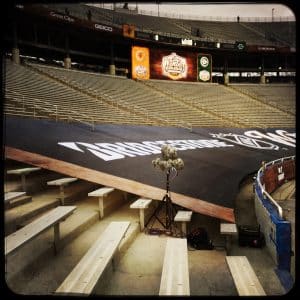 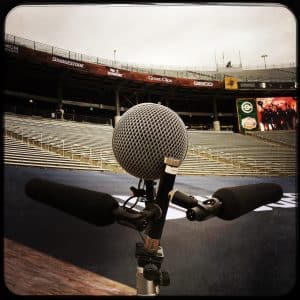 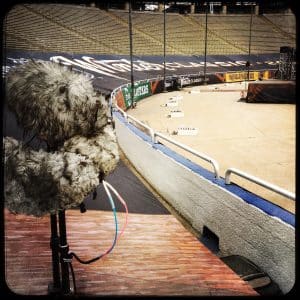 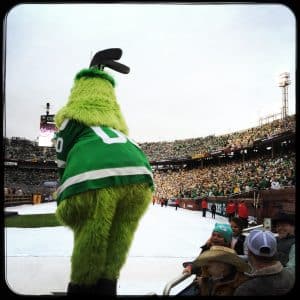 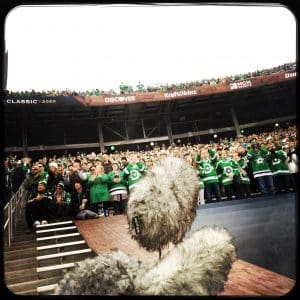 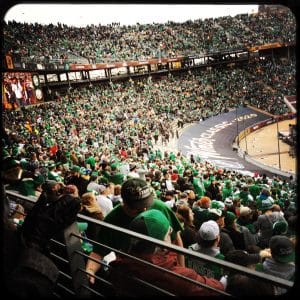 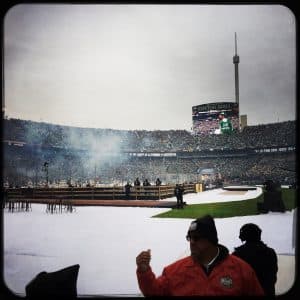 When the NHL announced the Dallas Stars would be hosting the 2020 Winter Classic outdoor game at the end of last season, I knew right away I had to be there. The winter classic is the once-a-year game that the NHL puts on outside in the elements – a New Year’s Day extravaganza like the Super Bowl of the sport in terms of the scale of its spectacle.

Since the Winter Classic is produced by the league and not by any one team, my relationship with the Dallas Stars was not going to result in an automatic entry into the gates with mics in hand. I had to make my case to the Stars that it would be worth it for me to be there rolling sound on their behalf, and they had to clear my presence with NHL brass. After several emails back and forth, I was eventually put on the list, and I began planning my setup.

I knew I would have to be relatively mobile and I wasn’t guaranteed access to any isolated part of the field even with a media credential, so I opted for a mic setup that could be self-contained and mobile, but would still capture wide stereo and surround sound at the highest level. I opted for a Schoeps double M/S setup along with a pair of Crown PZM mics and flanked by a wide pair of Sennheiser 416s. I fit this entire rig (including mic stands and wind protection) into a travel suitcase with wheels.

This level of mobility ended up being incredibly important because I had no parking pass – so I opted to take the train with gear in hand from the Inwood station all the way down to my final setup position next to the field. I hopped the train at 8:30 am and found it already packed full with good-natured Predators fans. Once I arrived I negotiated my way to a prime spot right by the pyro and behind the stage with the stage manager on that end of the stadium. The game didn’t start until 12:30, but I was setup and in position by 10am. The only thing left to do was wait.

When the gates opened and the fans started pouring in, I really started to get a feel for the scale of the event. It seemed like every two sections could hold an entire AAC full of Stars fans. They just poured in through the gates for an hour leading up to game time.

Finally we were ready to begin, and I was first treated to one of the most memorable productions of the national anthem I’ve ever been a part of. Stars fans always hit the ‘Stars!” part of the line ‘Oh say does that star – spangled banner yet wave’ during the anthem, but 85,000 people sounds a LOT bigger than 18,000 people. It was the first moment when everyone in the stadium felt what the collective power of the fans was going to be able to do here. The anthem ended with pyrotechnics and a flyover. The game was on.

The Stars have been a streaky team this season – the Winter Classic was a perfect microcosm of that. A couple of ugly early penalties led to two quick Nashville goals. The 20K yellow-sweatered fans in attendance made themselves heard, while the rest of the arena settled into a worried silence for the rest of the period.

The score stayed 2-0 deep into the second period. The game started to feel like it would end up being a dud. Then the Stars scored a gritty goal, and the stadium came alive.

Finally, 85K fans stood up and gave voice. Just like in the national anthem, it was obvious to everyone in the stadium that this was a VERY different sound. Nashville started getting sloppy while the Stars drew their first power play in the third. The throng of delirious fans went full-bore with the Jeff K-led power play chant.

In the end, the Stars scored four unanswered goals to come back and win. Every time they scored, the stadium rose, screamed, and forgot it was cold outside. It was a spectacular experience, and will be one I’ll remember for the rest of my life.